Explore the Data Planet repository for statistics on Arkansas by broad subject categories.

According to Arkansas.com, the term Arkansas means south wind and is derived from a name used by some Native Americans to describe the Quapaws, an early tribe in the area. The French Jesuits pronounced the tribe name Oo-gaq-pa, which the Algonquins pronounced Oo-ka-na-sa, and Marquette wrote Arkansoa; LaSalle wrote Arkensa; DeTonti, Arkancas; and LaHarpe, Arkansas. When the state was admitted to the Union in 1836, it was spelled Arkansas. The legislature of 1881 appointed a committee to ascertain the rightful pronunciation of the last syllable, and the result was a resolution declaring the pronunciation to be Ark-an-saw. In size, it is 27th among the states, with an area of 53,187 square miles, of which over 600,000 acres are lakes with 9,740 miles of streams.

For more on Arkansas history and culture, visit the Encyclopedia of Arkansas History and Culture. 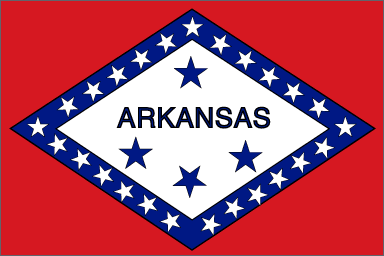 Search for data on Arkansas in Data-Planet Statistical Ready Reference using broad subject categories. Note that the searches retrieve top-level views of datasets: there are many more indicators and variables included in each dataset, and more granular geographies. Add additional keywords to retrieve more precise results.

This sample DataSheet from Data-Planet Statistical Ready Reference shows a map of counties by personal income. 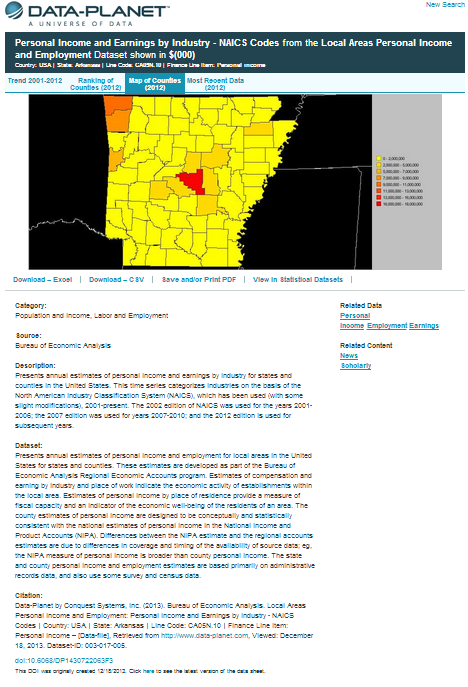