Explore the Data Planet repository for statistics on Louisiana by broad subject categories.

According to Lousiana.gov, Louisiana has been governed under 10 different flags beginning in 1541 with Hernando de Soto's claim of the region for Spain. La Salle later claimed it for Bourbon France and the United States purchased it from Napoleon in 1803 as part of the Louisiana Purchase. It became a state in 1812, and was briefly an independent republic at the outbreak of the Civil War, before joining the Confederacy. Through much of its early history Louisiana was a trading and financial center, and a dominant agricultural region. The discovery of sulphur in 1869 and oil in 1901, coupled with the rise of forestry, led the state to further economic growth. Louisiana today is a major producer of oil and natural gas and a center of petroleum refining and petrochemicals manufacturing. 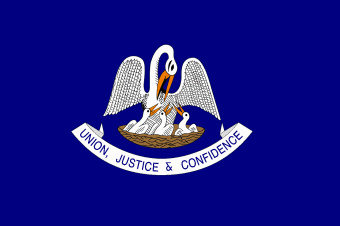 Search for data on Louisiana in Data-Planet Statistical Ready Reference using broad subject categories. Note that the searches retrieve top-level views of datasets: there are many more indicators and variables included in each dataset, and more granular geographies. Add additional keywords to retrieve more precise results.

This sample DataSheet from Data-Planet Statistical Ready Reference shows a map of the numbers of print materials held at public libraries in Louisiana counties. 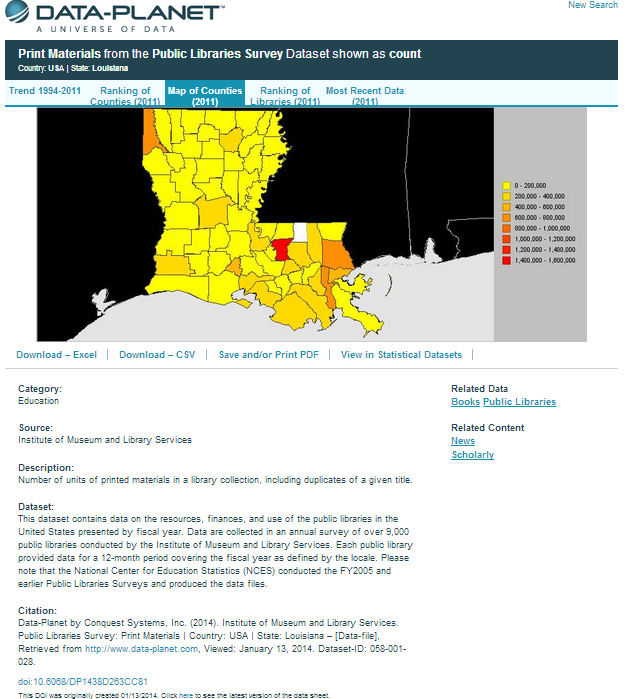