Explore the Data Planet repository for statistics on Massachusetts by broad subject categories.

Archaeological excavations reveal that the earliest human beings arrived in Massachusetts more than 10,000 years ago. Massachusetts takes its name from the Massachusett tribe of Native Americans, roughly translated as "at or about the Great Hill." European history in Massachusetts begins with explorers who roved about the coast before the Mayflower made its voyage. In 1497 and 1498 John Cabot conducted the explorations on which England based its original claim to North America. The Pilgrims, seeking religious freedom, arrived at what is now Provincetown harbor in 1620.  John Winthrop and a large group of Puritans arrived at Salem in 1630, bearing with them a royal charter granted to the Massachusetts Bay Company to promote the settlement of the territory. Resistance to restrictions imposed from England resulted in the Revolutionary War and subsequent independence. Massachusetts was decidedly abolitionist during the Civil War and prominent citizens helped slaves escape to Canada via the Underground Railroad. Throughout its history, Massachusetts has been generally progressive in its politics and practices. While its economy has historically been focused on manufacturing, in recent years it has expanded to information technology, financial services, knowledge creation, health care, traditional manufacturing, and travel and tourism.

This information was drawn from the website of the Secretary of the Commonweealth of Massachusetts, where you will find more detail on Massachusetts state history and culture. 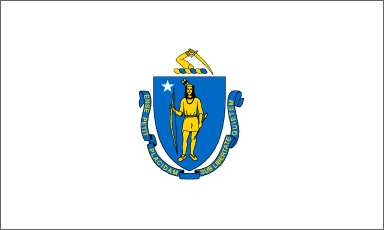 Search for data on Oregon in Data-Planet Statistical Ready Reference using broad subject categories. Note that the searches retrieve top-level views of datasets: there are many more indicators and variables included in each dataset, and more granular geographies. Add additional keywords to retrieve more precise results.

This sample DataSheet from Data-Planet Statistical Ready Reference shows total federal funds received from all federal programs by county in Massachusetts. Note that the Consolidated Federal Funds Report has been discontinued by the Census Bureau as of FY2012 as a result of budget constraints. 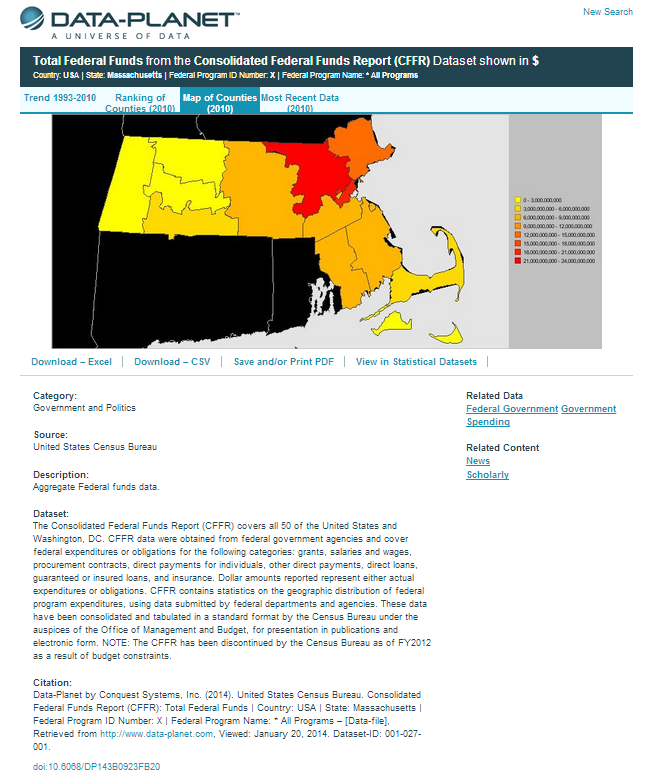