the Data Planet repository for statistics on Washington, DC, by broad subject categories.

Washington, DC, was established by the Constitution of the United States to serve as the nation’s capital. George Washington, the first president and namesake of the city, chose the site and appointed three commissioners to help prepare for the arrival of the new government in 1800. Pierre Charles L’Enfant designed the city’s layout. The election of 1964 was the first time Washington residents were able to vote for President. Representation in Congress is limited to a non-voting delegate to the House of Representatives and a shadow senator. Before 1974, Congress appointed the people who would govern Washington, DC. Now there is an elected mayor and 13-member city council who govern the city, although Congress still reviews and sometimes changes DC’s laws and budget.

This information was drawn from Washington.org, where you will find more detail about Washington, DC facts and history. 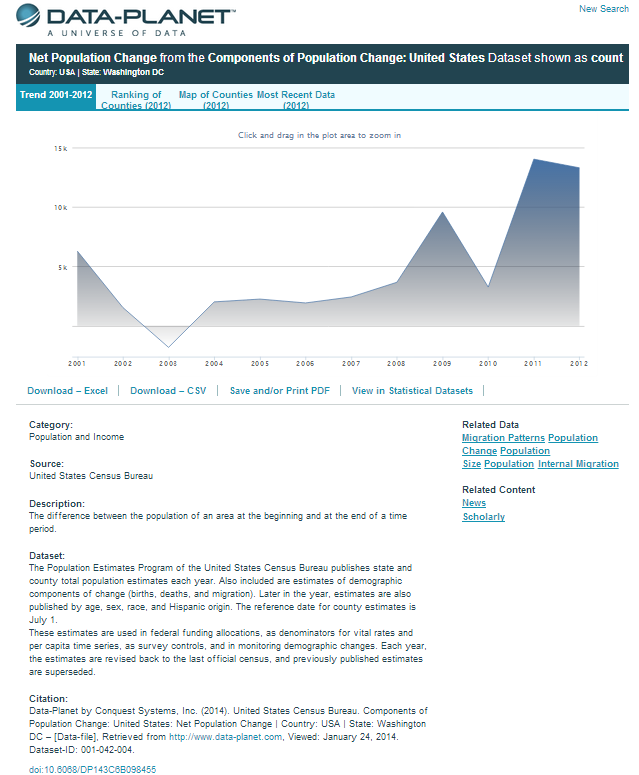