Explore the Data Planet repository for statistics on Wisconsin, by broad subject categories.

About the time the Pilgrims stepped onto Plymouth Rock in 1620, French explorer Etienne Brule skirted the shore of Lake Superior . From 1650 to 1850 Wisconsin's economy revolved around fur in the way that today's economy revolves around oil. Wisconsin became the 30th state in 1848. At its birth Wisconsin was the same size or larger than a third of the states formed from the original 13 colonies. In1919, Wisconsin became the first state to ratify the 19th amendment granting national suffrage to women. The rhythmic and rousing beats of "On Wisconsin," already a popular football song since 1909, began filling the air as the official state song in 1959.

This information was drawn from the the State of Wisconsin website, where you will find more detail on Wisconsin history and culture.

Search for data on Wisconsin in Data-Planet Statistical Ready Reference using broad subject categories. Note that the searches retrieve top-level views of datasets: there are many more indicators and variables included in each dataset, and more granular geographies. Add additional keywords to retrieve more precise results. 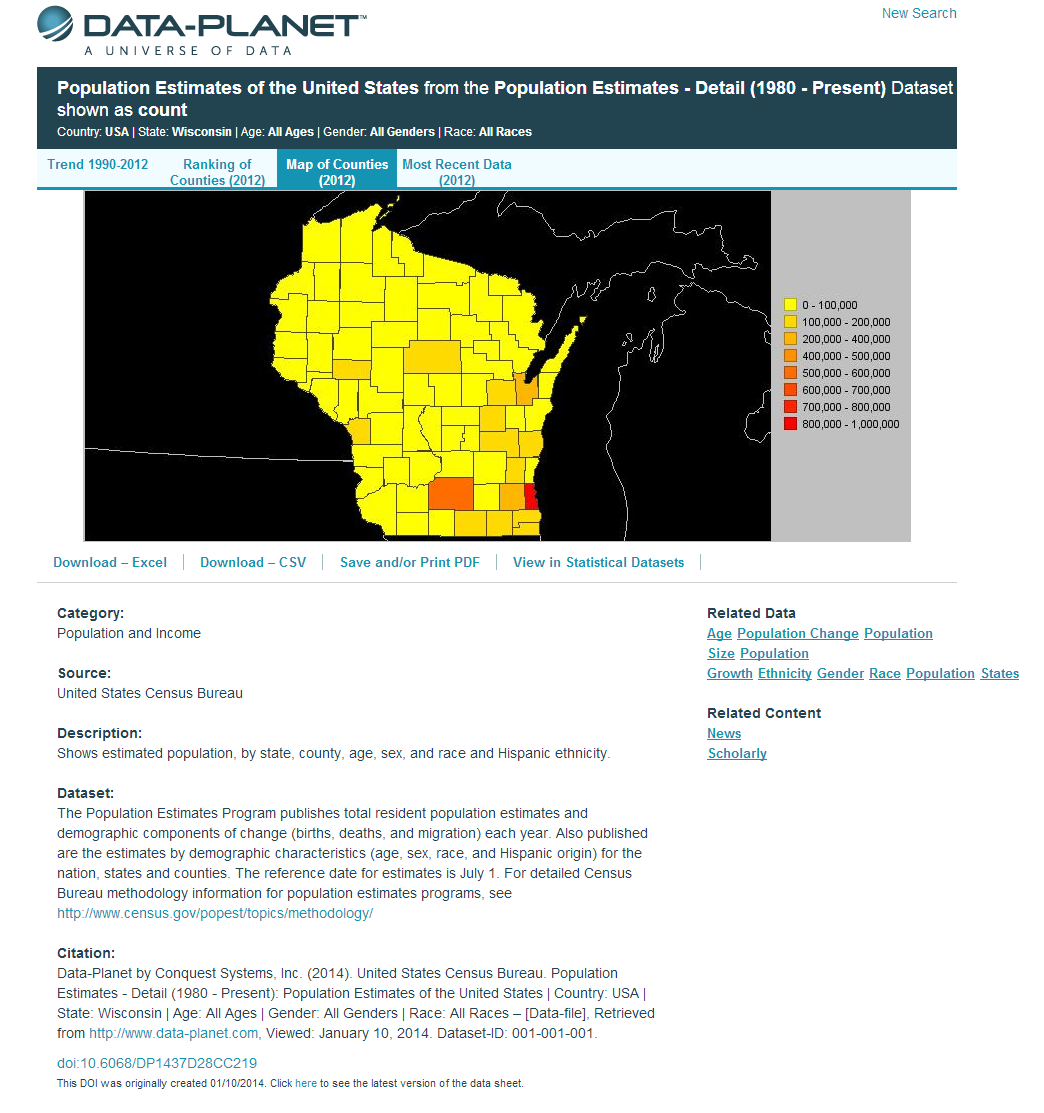