The state name is derived from the Aleut word "Aleyska," meaning "great land." It was purchased from Russia for $7.2 million dollars in gold in 1867. At the time of the purchase, the United States referred to it as "Seward's Folly.”

This information was drawn from the Alaska.gov website, where you will find more detail on Alaska history and facts. 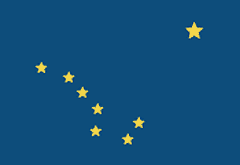 Search for data on Alaska in Data-Planet Statistical Ready Reference using broad subject categories. Note that the searches retrieve top-level views of datasets: there are many more indicators and variables included in each dataset, and more granular geographies. Add additional keywords to retrieve more precise results.

This sample DataSheet from Data-Planet Statistical Ready Reference shows a map of counties by number of public library staff in each county. 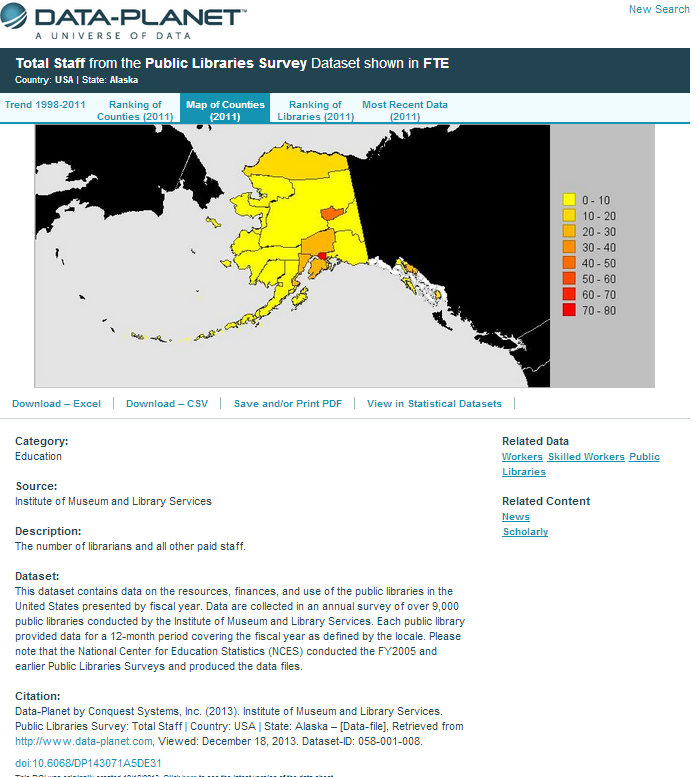