Adding to the already extensive availability of statistics on immigration and refugees in Data Planet, a new database that provides counts of immigrant orphans adopted by US citizens since 2005 is now yours for research and analysis. Statistics are provided by sex and age group of immigrant orphans, and country of birth. Statistics are obtained primarily from workload and case tracking systems of the US Department of Homeland Security (DHS).

The chart below ranks immigrant orphans adopted by US citizens by country of birth in 2017: 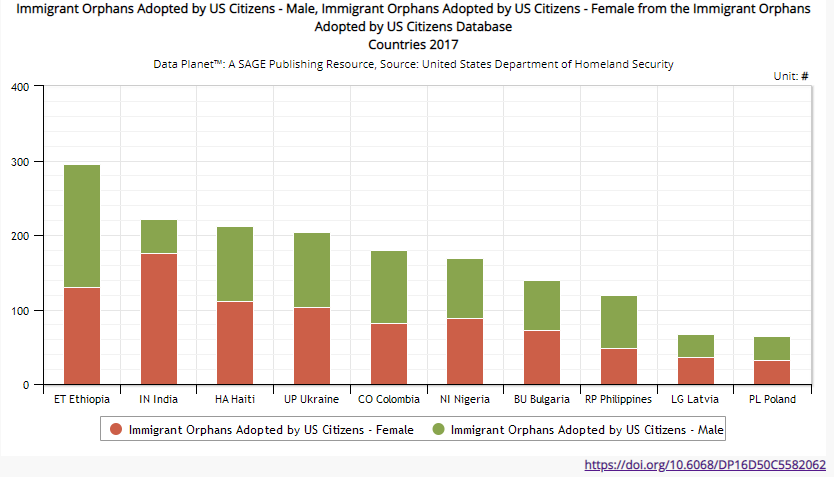 A closer look at the trend over time of the highest ranking group in 2017 – those born in Ethiopia – reveals that the count for 2017 represents a significant drop from the high in 2010: 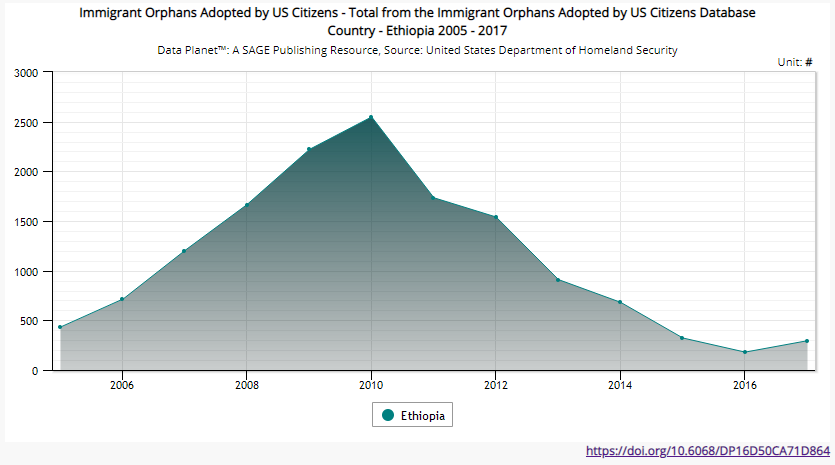 Curious? Of course we are! Using the Data Planet “What happened here” feature and clicking on the data point for 2010 - which provokes a web search -  we find an explanation in the background information on Ethiopian adoptions by US Citizenship and Immigration Services, here. 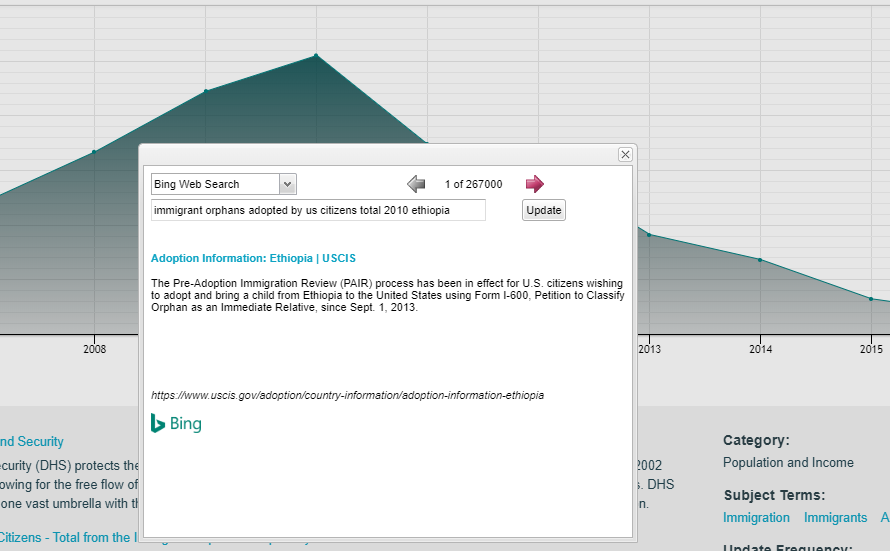 Follow the data to understand the story behind the statistics!

Enter your e-mail address to receive notifications of new posts by e-mail.