Explore the Data Planet repository for statistics on Kansas, by broad subject categories.

Kansas takes its name from the Kansa Indians. Kansa means “People of the South Wind.” Kansas entered the Union on January 29, 1861, following a bitter struggle between settlers over the extension of slavery.  On the fourth attempt, in July 1859, a no-slavery constitution was successfully drafted that set the current boundaries of the state. In April 1860 the Kansas constitution was approved by the US House of Representatives, but was refused by the Senate. It wasn’t until a shift in power in the Senate and the presidency that the bill making Kansas the 34th state reached President James Buchanan's desk and was signed. Major industries include aircraft manufacturing, agriculture, and education. Kansas is the 15th largest state in terms of geographic size.

This information was drawn from the websites of the Kansas Office of the Governor and the Kansas Historical Society, both of which provide more detail on Kansas history and culture. 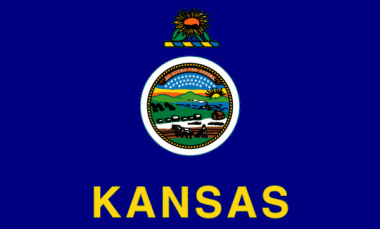 Search for data on Kansas in Data-Planet Statistical Ready Reference using broad subject categories. Note that the searches retrieve top-level views of datasets: there are many more indicators and variables included in each dataset, and more granular geographies. Add additional keywords to retrieve more precise results.

This sample DataSheet from Data-Planet Statistical Ready Reference shows a a map of Kansas counties according to the median value of owner-occupied housing units. 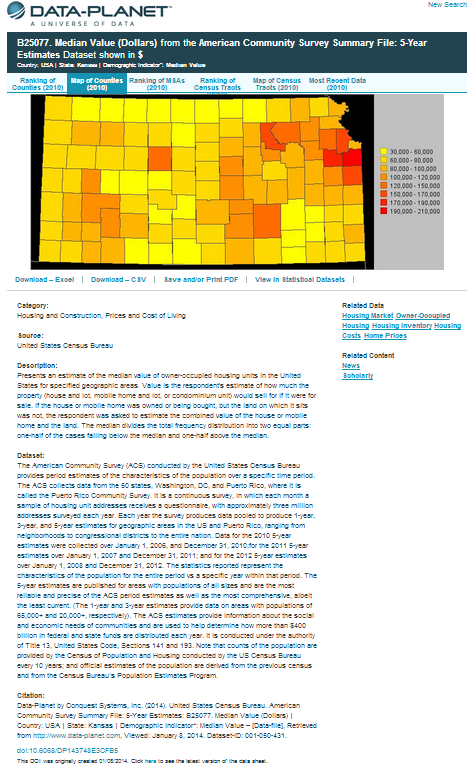