Explore the Data Planet repository for statistics on Kentucky by broad subject categories.

According to KentuckyTourism.com, Kentucky's prehistoric past can be divided into six cultures that spanned 13,000 BC to 1650 AD. During the 17th and 18th centuries, Native Americans battled over control of the "Great Meadow" between the Shawnee tribes from north of the Ohio River and the Cherokee and Chickasaw tribes from south of the Cumberland River. Kentucky was declared to be a Virginia county in 1776, soon thereafter, a separation movement began in Kentucky that led to the admission of Kentucky to the Union as the 15th state in 1792. While officially a neutral state during the Civil War, the state population was greatly conflicted. It was the birthplace of both President Abraham Lincoln and Confederate President Jefferson Davis. The largest industry groups, based on their contribution to the total state gross product are: manufacturing, services, government, insurance and real estate, retail trade, transportation and public utilities, wholesale trade, construction, mining, farming and agricultural services, forestry, and fisheries. 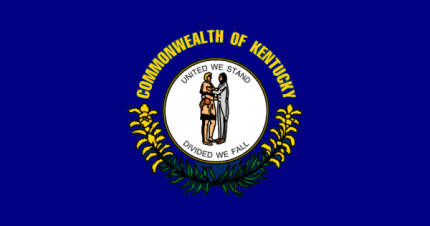 Search for data on Kentucky in Data-Planet Statistical Ready Reference using broad subject categories. Note that the searches retrieve top-level views of datasets: there are many more indicators and variables included in each dataset, and more granular geographies. Add additional keywords to retrieve more precise results.

This sample DataSheet from Data-Planet Statistical Ready Reference shows a a map of Kentucky counties counties according to median household income. 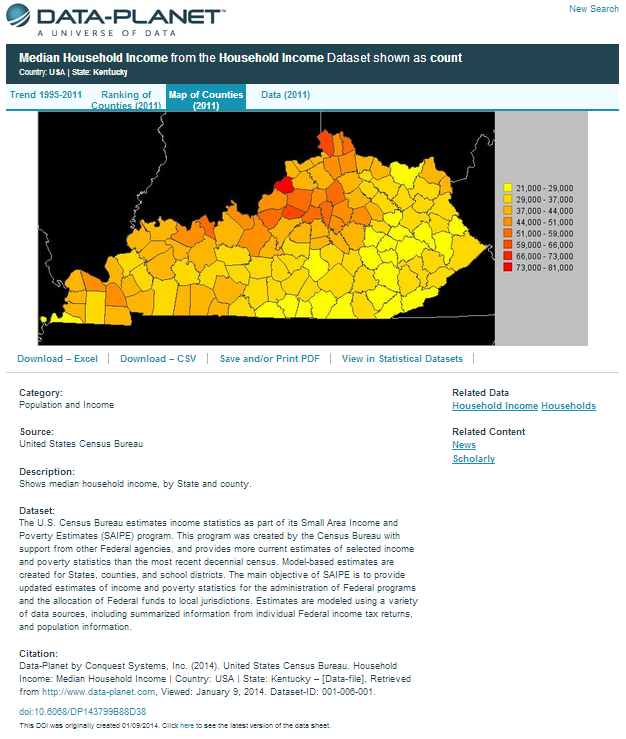