An extract from the Maine Almanac (1980) by Jim Brunelle posted on Maine.gov reports that the region's earliest inhabitants were descendants of Ice Age hunters. It is believed that 500 years before Columbus came to America Leif Ericson and a crew of Viking sailors explored the Maine coast. A number of English settlements were established along the Maine coast in the 1620s, although many did not survive the rugged climate and Indian attacks, and only a half dozen settlements still survived in the early 18th century. Massachusetts bought up most of the land claims in this wilderness territory, an arrangement that lasted until Maine separated from Massachusetts in 1820 to become a separate state. Almost 89% of Maine is forested and wood and wood pulp products remain major industries, along with agriculture and fishing.

This information was drawn from Maine.gov, which provides more detail on Maine culture and history. 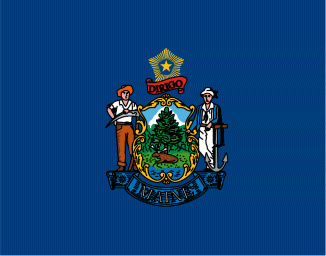 Search for data on Maine in Data-Planet Statistical Ready Reference using broad subject categories. Note that the searches retrieve top-level views of datasets: there are many more indicators and variables included in each dataset, and more granular geographies. Add additional keywords to retrieve more precise results.

This sample DataSheet from Data-Planet Statistical Ready Reference map shows estimates of the age 20+ population in Maine by county. 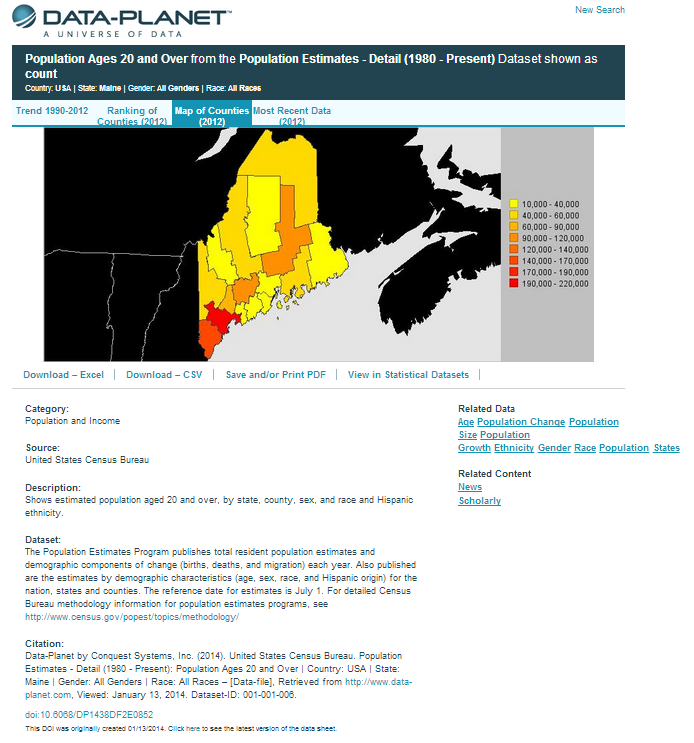