Explore the Data Planet repository for statistics on Michgan by broad subject categories.

The name of Michigan is derived from the Indian word Michigama, meaning great or large lake. The state motto is "If you seek a pleasant peninsula, look about you." The state has 1,305 square miles of inland water and 38,575 square miles of Great Lakes water area.

Fathers Jacques Marquette and Claude Dablon established the first mission at Sault Ste. Marie in 1668. The French surrendered Detroit in 1760, effectively ending French rule.  Detroit and Fort Mackinac were surrendered to the British during the War of 1812, and American forces re-entered the city the subsequent year. Michigan became the 26th state in 1837.

Three of Michigan's major industries are manufacturing, tourism, and agriculture.

This information was drawn from the Michigan.gov website, where you will find more detail on Michigan history and culture. 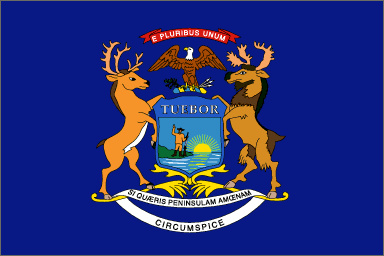 Search for data on Michigan in Data-Planet Statistical Ready Reference using broad subject categories. Note that the searches retrieve top-level views of datasets: there are many more indicators and variables included in each dataset, and more granular geographies. Add additional keywords to retrieve more precise results.

This sample DataSheet from Data-Planet Statistical Ready Reference shows a map of census tracts in Michigan according to the numbers of familiessegmented by presence of own children under age 18 and family type  (married-couple vs male or female householder with no spouse present). 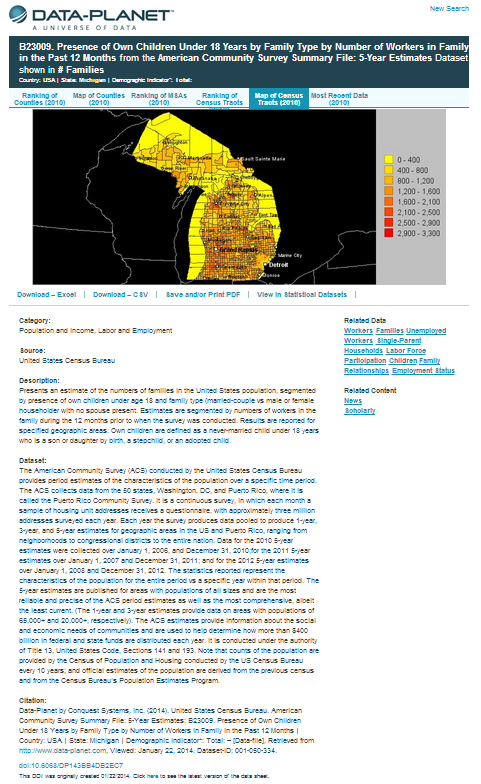