Explore the Data Planet repository for statistics on Montana, by broad subject categories.

Montana's motto is 'Oro y plata' (gold and silver) and its nickname is 'Big Sky Country'. The state is well known for its national parks namely Glacier National Park, the Little Bighorn Battlefield National Monument and Yellowstone National Park. In 2012, 4,451,755 people visited the state's park system.  Montana is ranked 48th in population density (population: 1,005,141) and 4th in size (147,078 sq. miles). Its vast territory offers great variation in geography - western Montana is mountainous while the eastern half gives way to plains and badlands. The coldest temperature ever recorded in the contiguous United States was in Montana near a remote mining town at Rogers Pass in January, 1954 (-70F). The state animal is the Grizzly Bear.

This information was drawn from the Montana.gov website, where you will find more facts about Montana. 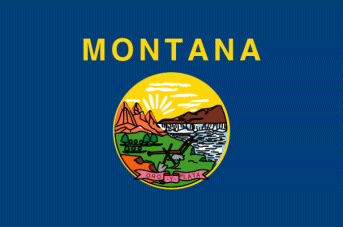 Search for data on Montana in Data-Planet Statistical Ready Reference using broad subject categories. Note that the searches retrieve top-level views of datasets: there are many more indicators and variables included in each dataset, and more granular geographies. Add additional keywords to retrieve more precise results.

This sample DataSheet from Data-Planet Statistical Ready Reference shows population density or persons per square mile for Montana by county. 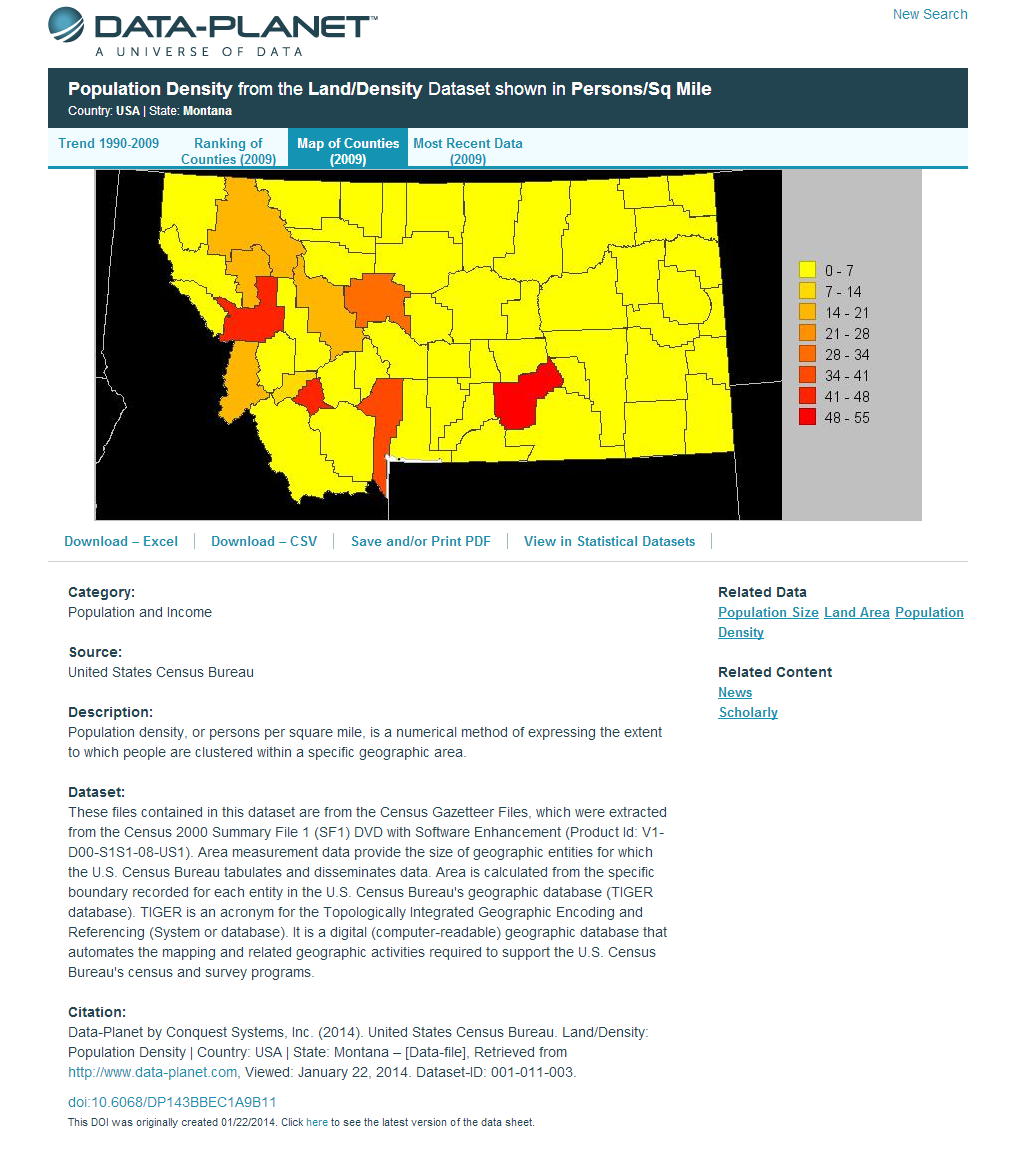