Explore the Data Planet repository for statistics on Nebraska, by broad subject categories.

Nebraska joined the Union in 1867. Its state capital is Lincoln. Nebraska has a large agricultural sector, it is an important producer of beef, corn and several other agricultural products. Nebraska's state seal is representative of the geography and industries that define the state: On the eastern part, a steamboat is ascending the Missouri River. The mechanic arts are represented by a smith with hammer and anvil. Agriculture is represented by a settler’s cabin, sheaves of wheat and stalks of growing corn. In the background, a train is heading toward the Rocky Mountains, which are in view in the west. In the top of the circle is the state motto: “Equality Before the Law.”

This information was drawn from Nebraska.gov, where you will find more detail on Nebraska history and culture. 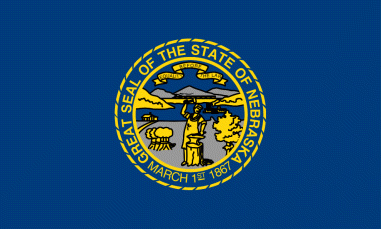 Search for data on Nebraska in Data-Planet Statistical Ready Reference using broad subject categories. Note that the searches retrieve top-level views of datasets: there are many more indicators and variables included in each dataset, and more granular geographies. Add additional keywords to retrieve more precise results.

This sample DataSheet from Data-Planet Statistical Ready Reference  presents a count of Nebraska's population for males and females by age and by race and ethnicity by county. 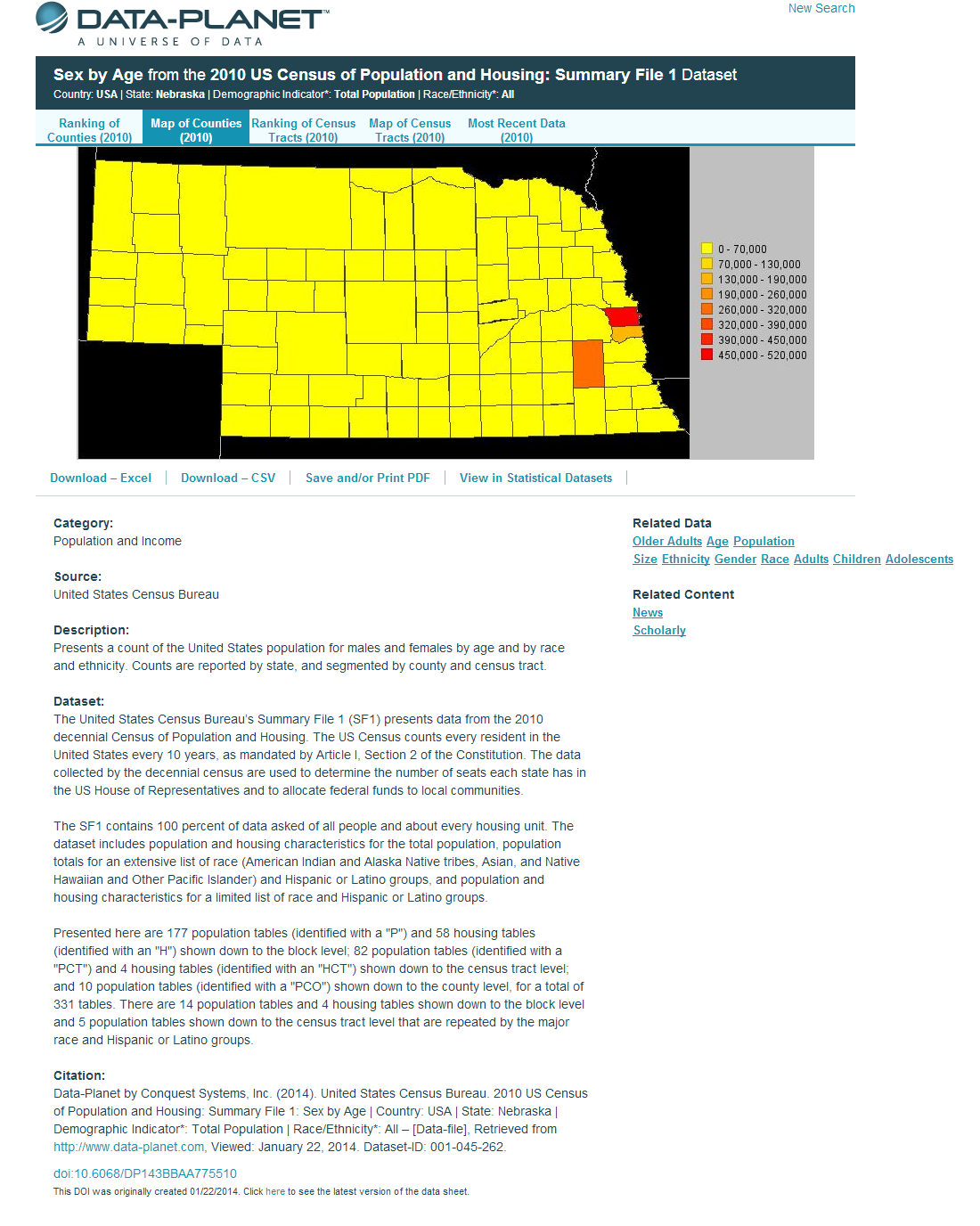