New Hampshire became the 9th state on June 21, 1788. It is known as the Granite State for its extensive granite formations and quarries. Its motto is 'Live Free or Die' from a statement written by the Revolutionary General John Stark, hero of the Battle of Bennington. New Hampshire is located in northeastern United States. The total area of the state is 9,304 sq miles, it is bordered on the north by the Canadian province of Québec; on the east by Maine and the Atlantic Ocean; on the south by Massachusetts; and the on the west by Vermont. New Hampshire is heavily forested with an abundance of elm, maple, beech, oak, pine, hemlock and fir trees. Mount Washington (6,288 ft.) features rare alpine plants such as Greenland sandwort, Labrador tea, alpine bearberry, dwarf cinquefoil and dwarf birch, willow and balsam fir.

This information was drawn from the New Hampshire.gov website,  where you will find more detail on New Hampshire history and culture. 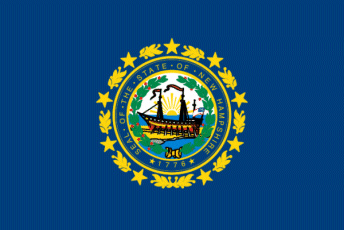 This sample DataSheet from Data-Planet Statistical Ready Reference presents an estimate of per capita income in New Hampshire by county in the 12 months prior to when the survey was completed. 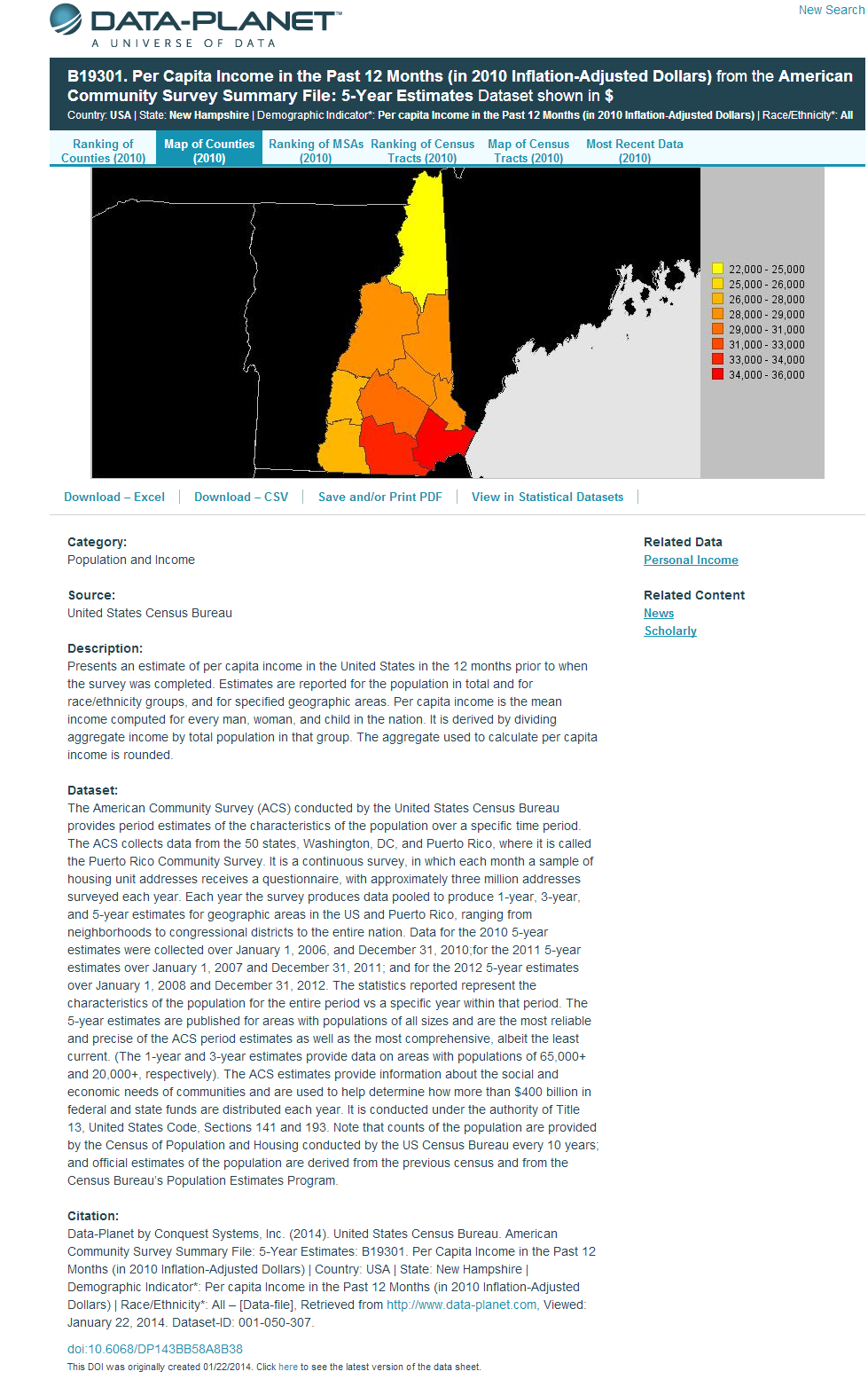