New York became the 11th state to ratify the United States Constitution on July 26, 1788. Its state capital is Albany. New York City is the most populous city in the United States with over 8.3 million people and is considered to be the largest port of entry for immigration into the nation since the early 19th century. Each year, 1.6 billion people ride the New York subway system, the largest mass transit system in the world with 842 miles of track. In contrast with urban New York City, a great majority of the state's geographic area consists of farms, forests, rivers, mountains, and lakes. At over six million acres, New York’s Adirondack Park is larger than Yellowstone, Yosemite, Grand Canyon, Glacier and Olympic Parks combined. It makes up 85 percent of all wilderness land in the eastern United States and has over 6,713 natural ponds, lakes, and reservoirs of one acre or more.

This information was drawn from the New York.gov website,  where you will find more detail on New York history and culture. 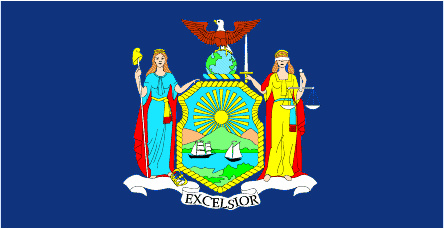 This sample DataSheet from Data-Planet Statistical Ready Reference shows the total number of deaths occurring among residents by county during a time period in New York State. 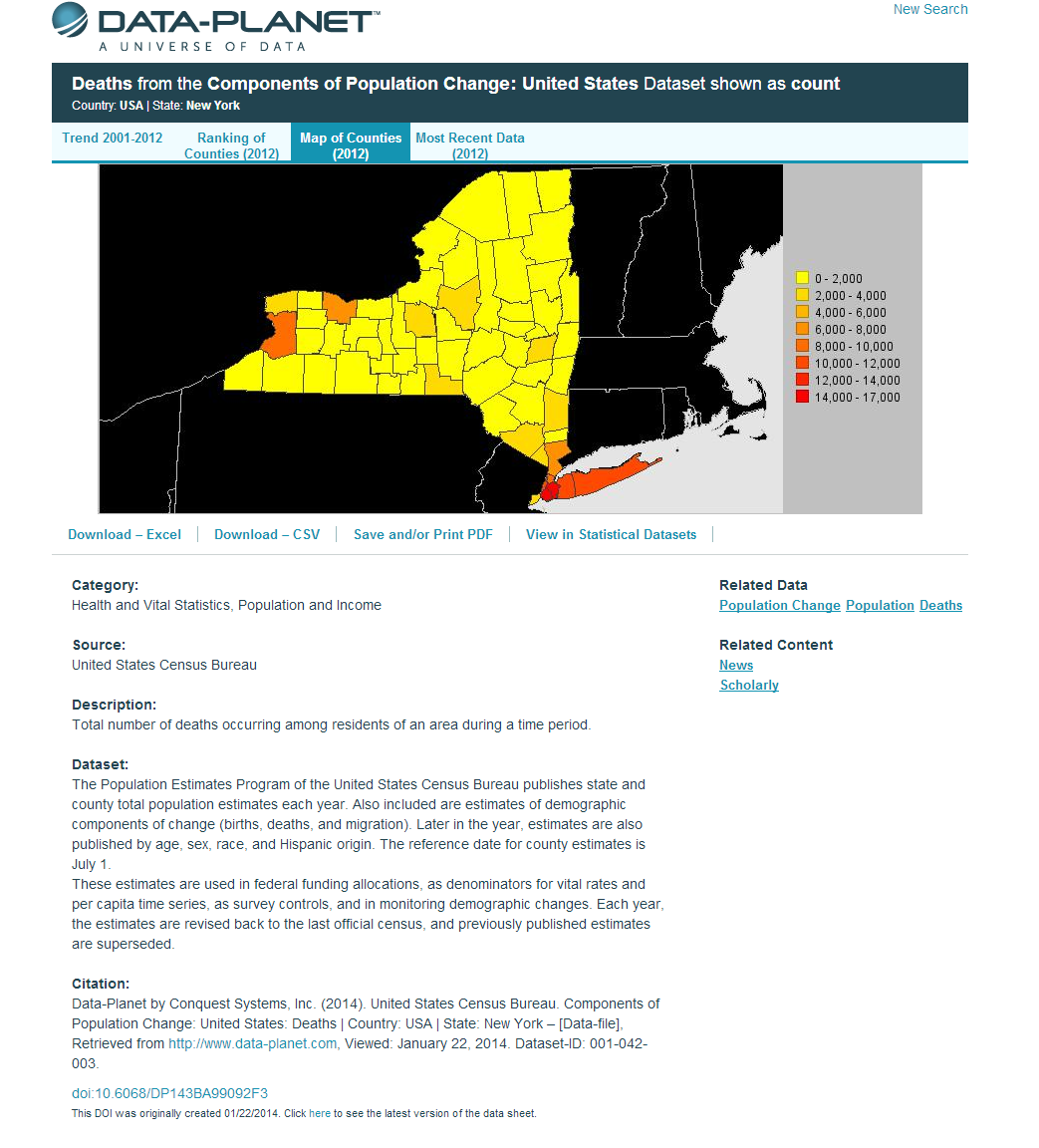