The exact order in which the Dakota states entered the Union in 1889 is unknown. However, because of alphabetical position, North Dakota is often considered the 39th state. Bismarck is the capital of North Dakota. The state straddles the International Boundary with the Canadian provinces of Manitoba and Saskatchewan. Agriculture is the largest industry in North Dakota although in recent times the state has become a leading producer of petroleum products. Average yearly temperature ranges from 37F in the northeast to 43F in the south; the all-time low is -60F, the all-time high is 121F, both set in 1936. The state flower is the Wild Prairie Rose.

This information was drawn from the North Dakota.gov website,  where you will find more detail on North Dakota history and culture. 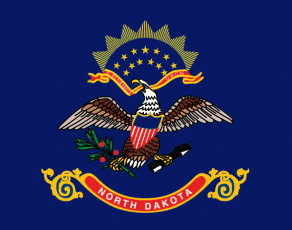 This sample DataSheet from Data-Planet Statistical Ready Reference presents an estimate of the number of vacant for-sale and sold but not occupied housing units by county in North Dakota, subdivided by price asked for the unit. 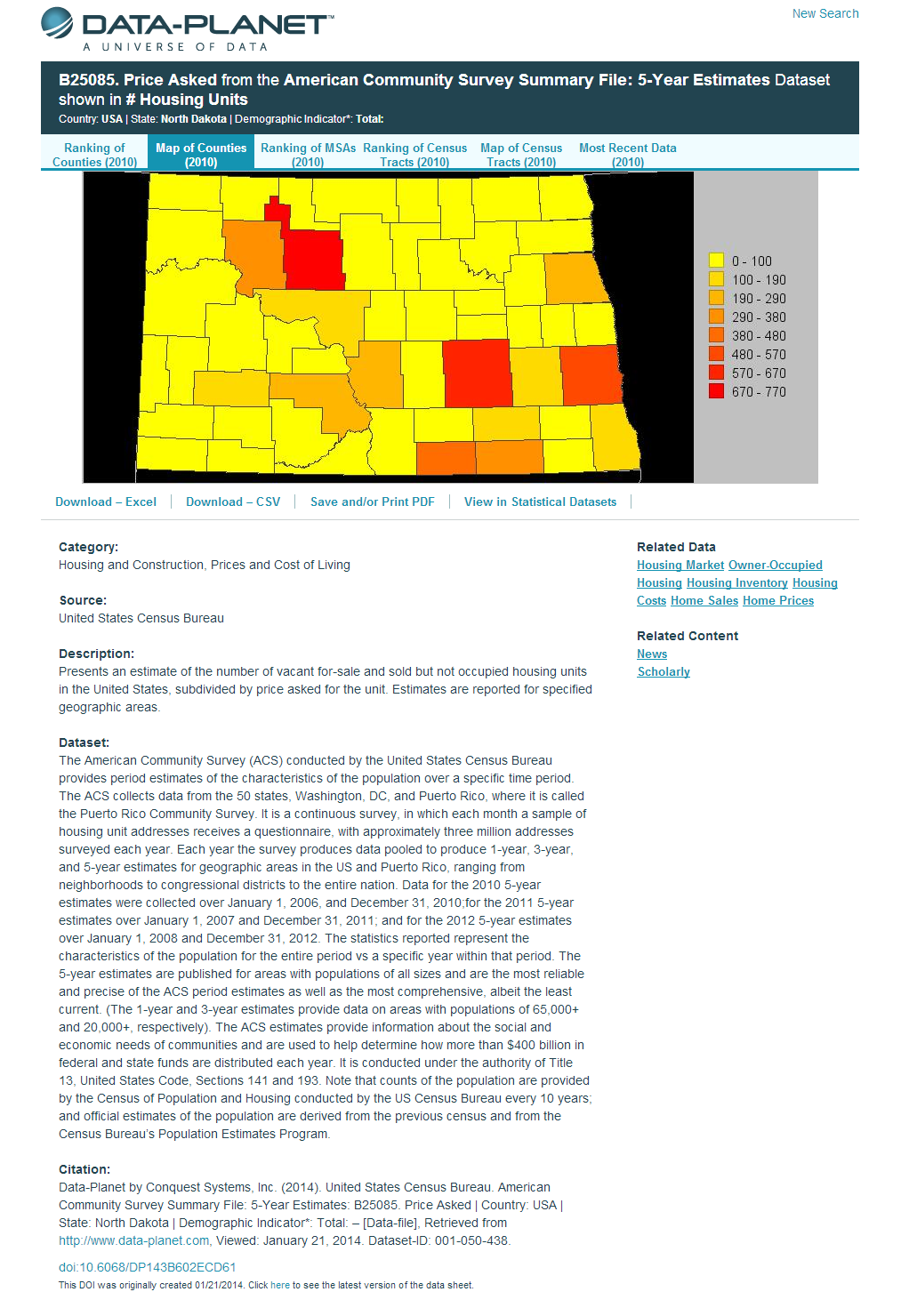