Explore the Data Planet repository for statistics on Pennsylvania by broad subject categories.

The Keystone State’s motto is Virtue, Liberty, and Independence. Meaning Penn’s woods, the state named after the father of Admiral William Penn, played a dominant role in the early development of the national government, in fact, Philadelphia was the nation's capital during the American Revolution.  The Declaration of Indepence was signed in that city in 1776. Today, Pennsylvania is the sixth most populous state in the country.

This information was drawn from the Pennsylvania.gov website, where you will find more detail on Pennsylvania history and culture.

Search for data on Pennsylvania in Data-Planet Statistical Ready Reference using broad subject categories. Note that the searches retrieve top-level views of datasets: there are many more indicators and variables included in each dataset, and more granular geographies. Add additional keywords to retrieve more precise results. 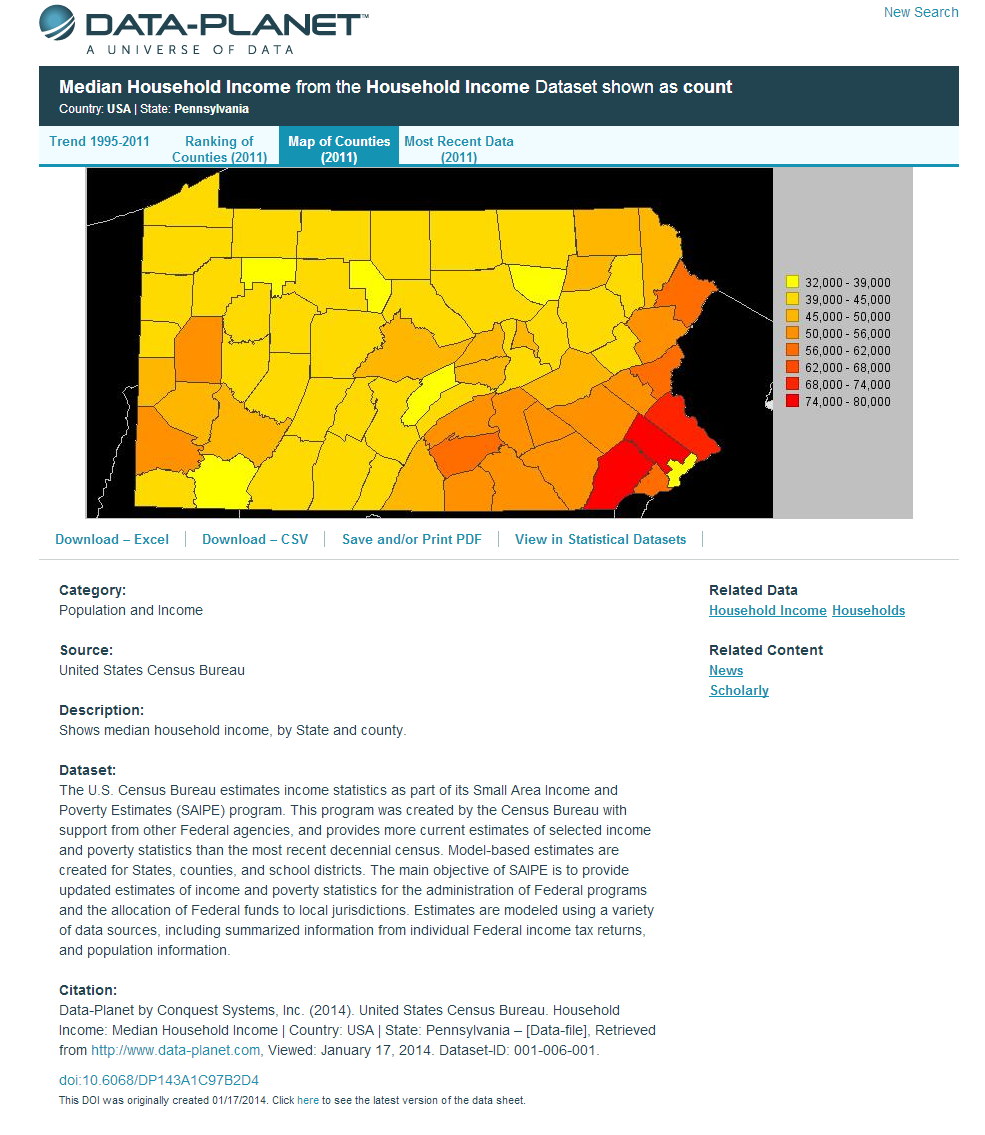