Populated for centuries by aboriginal peoples, the island was claimed by the Spanish Crown in 1493. In 1898, after 400 years of colonial rule during which the indigenous population was nearly exterminated and African slave labor introduced, Puerto Rico was ceded to the United States following the Spanish-American War. Puerto Ricans were granted US citizenship in 1917. The nation is officially an unincorporated, organized territory of the US with commonwealth status; policy relations between Puerto Rico and the US are conducted under the jurisdiction of the Office of the President. In 1952, a constitution was enacted providing for Puerto Rican self-government. In three plebiscites held 1967-1998, voters chose not to alter the existing political status with the US, but the results of a 2012 vote left open the possibility of statehood.

This information was drawn from the Central Intelligence Agency (CIA) World Factbook, where you will find more detail on Puerto Rican history, culture, and government.

This sample DataSheet from Data-Planet Statistical Ready Reference presents a map of aggregate wage or salary income by census tract in Puerto Rico. 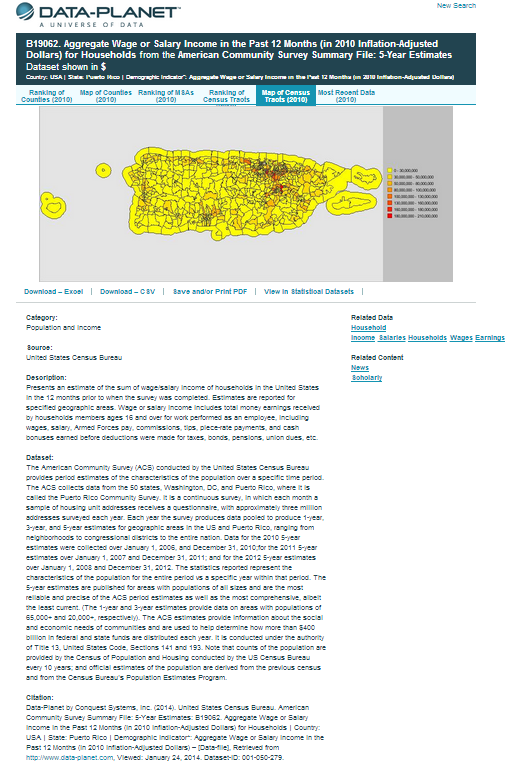