One of the thirteen original colonies, South Carolina ratified the United States Constitution on May 23, 1788, becoming the eighth state to enter the union. It is bordered by the Atlantic Ocean and the states of Georgia and North Carolina. The current version of South Carolina’s flag was adopted in 1861. The palmetto tree symbolizes the heroic defense of the palmetto-log fort on Sullivan's Island against the attack of the British fleet in 1776. The state’s top agricultural crops include tobacco, cotton and soybeans.  South Carolina’s official nickname is the Palmetto State.

This information was drawn from the South Carolina.gov website, where you will find more detail on South Carolina history and culture. 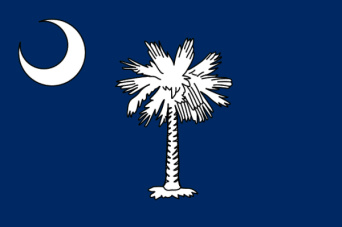 This sample DataSheet from Data-Planet Statistical Ready Reference shows the total amount of precipitation per month and year reported by weather stations. 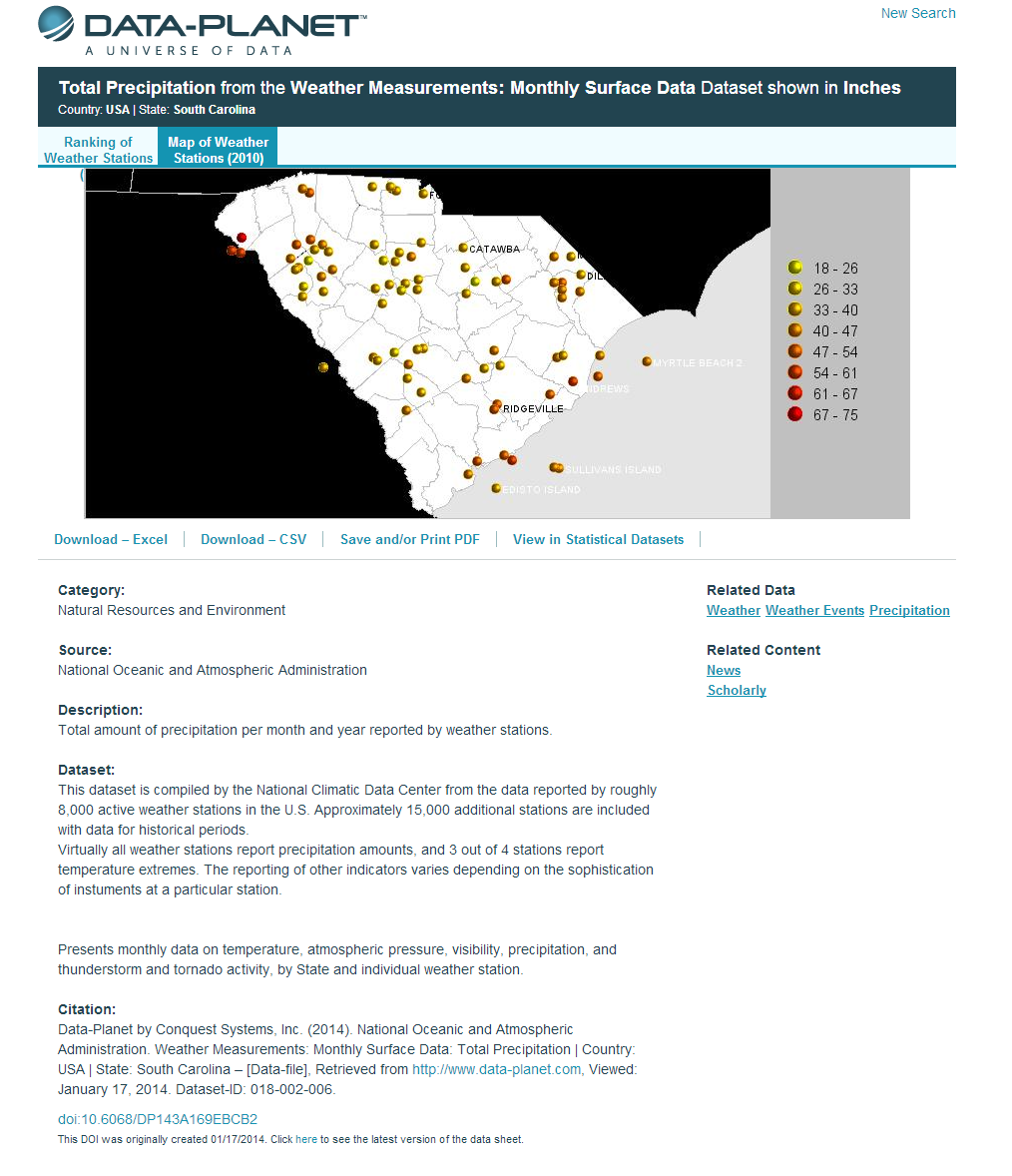