Explore the Data Planet repository for statistics on Tennessee by broad subject categories.

Tennessee was admitted to the Union in 1796 as the16th state. The three stars on Tennessee's flag represent the 'Grand Divisions' of the state's territory: East, Middle and West Tennessee. When European settlers arrived, Muscogee, Yuchi and later Cherokee tribes occupied Tennessee. Permanent settlement led the way to the famous Wilderness Road and larger-than-life heroes like Davy Crockett and Daniel Boone. More recently, the state has played a critical role in the development of many forms of American popular music, including rock and roll, blues, country, and rockabilly. The Blue Ridge area of Tennessee is well known for its natural parks: the Cherokee National Forest and the Great Smoky Mountains National Park. The raccoon became the official state wild animal in 1971.

This information was drawn from the Tennessee.gov website and affiliated sponsors. 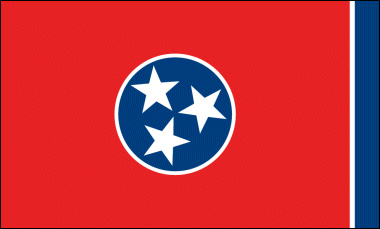 Search for data on Tennessee in Data-Planet Statistical Ready Reference using broad subject categories. Note that the searches retrieve top-level views of datasets: there are many more indicators and variables included in each dataset, and more granular geographies. Add additional keywords to retrieve more precise results.

This sample DataSheet from Data-Planet Statistical Ready Reference presents an estimate of the numbers of people in the Tennessee who self-identify with one or more ancestry groups against those who do not report a classifiable ancestry. 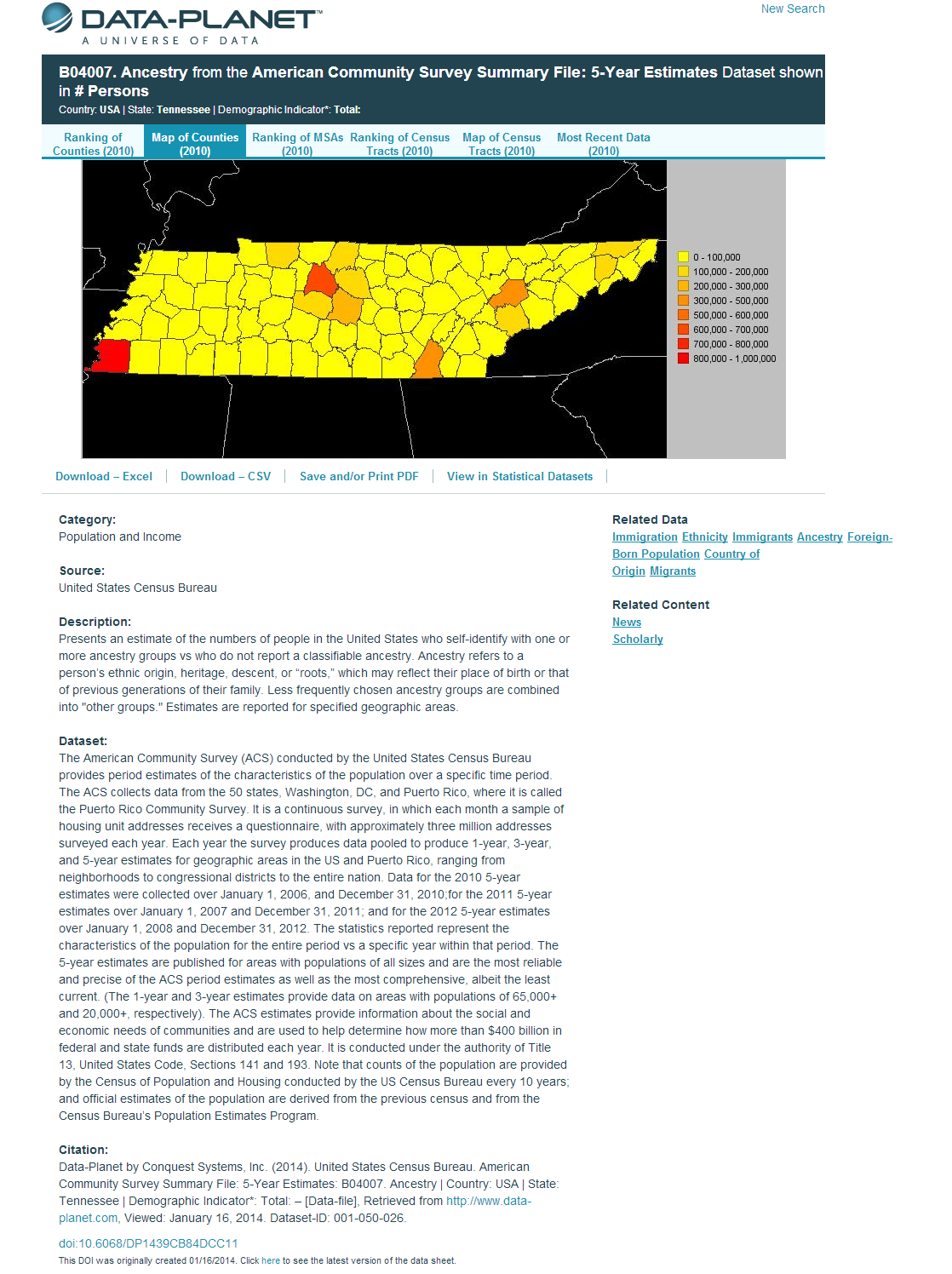