Explore the Data Planet repository for statistics on Vermont by broad subject categories.

French explorer Samuel de Champlain came to Vermont in 1609 guided by Algonquin Indians from Canada. Between 1777, when Vermont established its independence, and 1791, when it joined the Union as the 14th state, Vermont was truly independent - with its own coins and its own postal service. Vermont is nicknamed the Green Mountain State because of the Green Mountains which run all the way through the middle of the state.  The Green Mountains is one of the oldest mountain ranges in the world.  In fact, the state's name is derived from it:  Ver, from the French word for green, vert; and -mont from mountain.

This information was drawfrom the State of Vermont website, where you will find more detail on Vermont history and culture.

Search for data on Vermont in Data-Planet Statistical Ready Reference using broad subject categories. Note that the searches retrieve top-level views of datasets: there are many more indicators and variables included in each dataset, and more granular geographies. Add additional keywords to retrieve more precise results.

This sample DataSheet from Data-Planet Statistical Ready Reference shows a map of Vermont counties according to total live births. 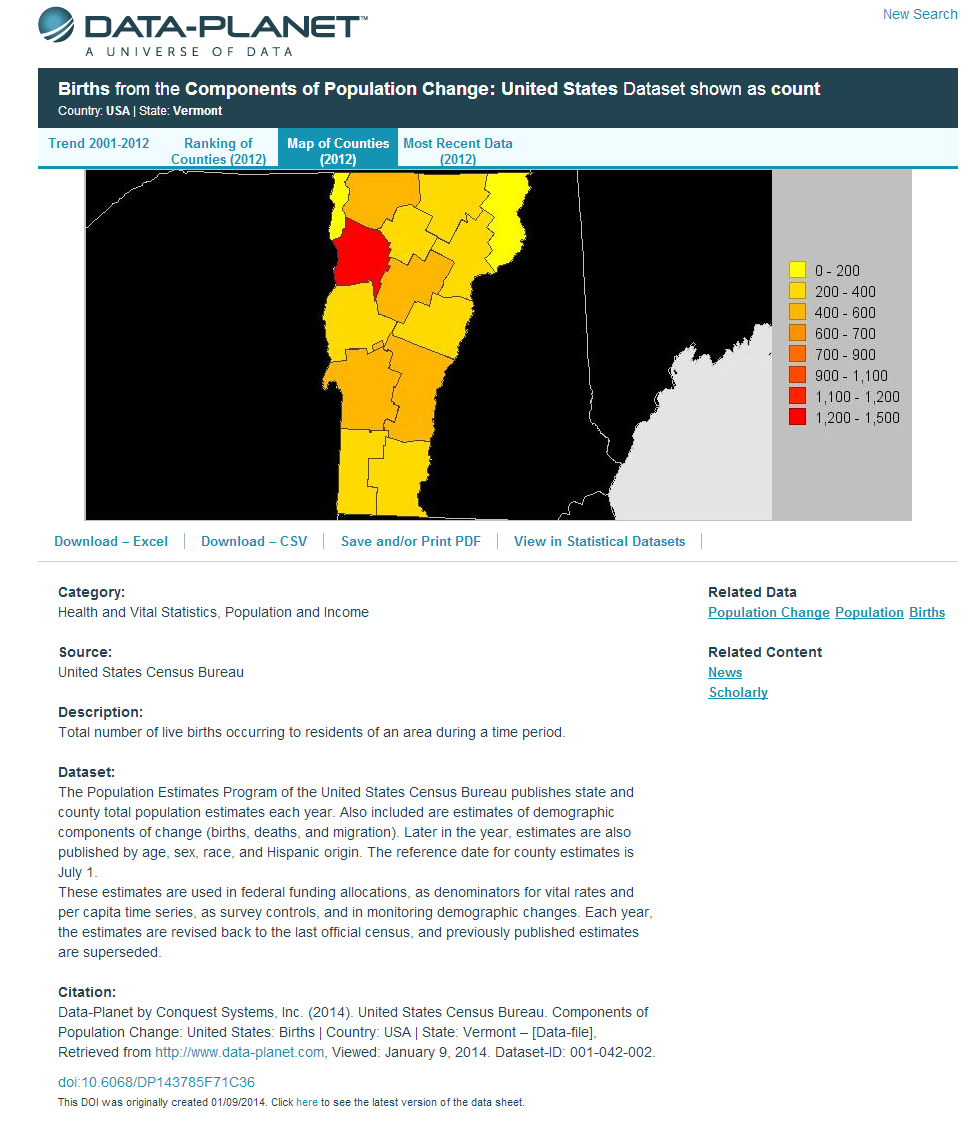