Explore the Data Planet repository for statistics on Washington by broad subject categories.

Washington became the 42nd state on November 11, 1889. Its varied territory consists of deep rainforests, mountain ranges, a semi-arid eastern basin and Pacific inlets consisting of numerous islands, fjords and bays. Washington is the second most populous state on the U.S. West Coast. It was nicknamed "The Evergreen State" by C.T. Conover, pioneer Seattle realtor and historian, for its abundant evergreen forests. The nickname has never been officially adopted.

Washington is the nation's top apple-producing state, so it is appropriate that the apple was named a state symbol in 1989, the centennial year.

This information was drawn from the Washington.gov website,  where you will find more detail on Wasington history and culture.

Search for data on Washington in Data-Planet Statistical Ready Reference using broad subject categories. Note that the searches retrieve top-level views of datasets: there are many more indicators and variables included in each dataset, and more granular geographies. Add additional keywords to retrieve more precise results.

This sample DataSheet from Data-Planet Statistical Ready Reference reports on the average family size of Washington households by county. 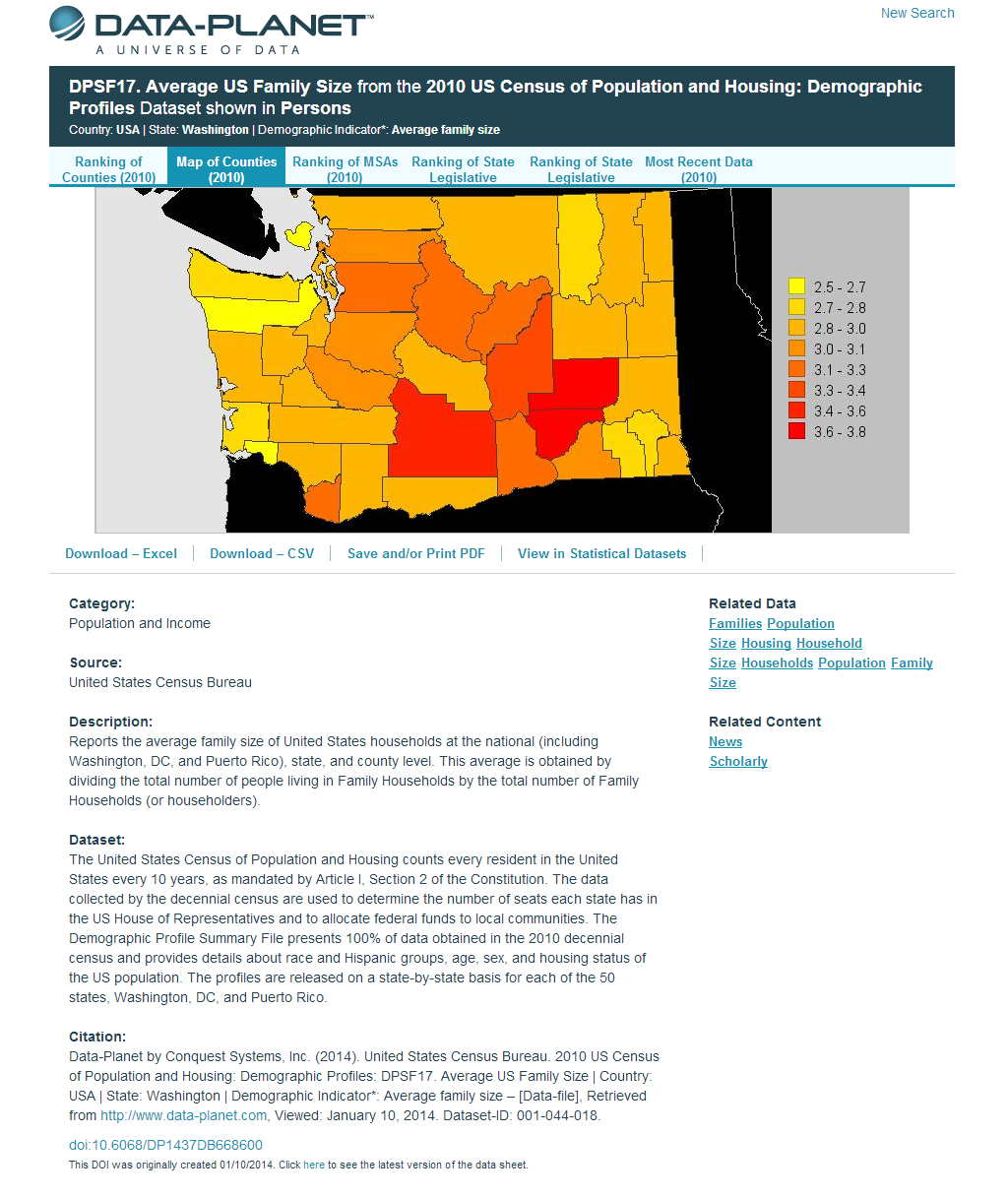