Explore the Data Planet repository for statistics on Wyoming, by broad subject categories.

The name Wyoming was adopted from two Delaware Indian words, MECHEWEAMI-ING. To the Indians it meant "at the big plains," or "on the great plain." The musical name, "Wyoming," was used by J.M. Ashley of Ohio, who, as early as 1865, introduced a bill to Congress to provide a "temporary government for the territory of Wyoming." During debate on the bill in the U.S. Senate in 1868, other possible names were suggested, such as Cheyenne, Shoshoni, Arapaho, Sioux, Platte, Big Horn, Yellowstone, Sweetwater and Lincoln. "Wyoming" was already commonly used and remained the popular choice. Wyoming's state bird is the Meadowlark.

This information was drawn from the State of Wyoming website, where you will find more detail on Wyoming history and culture. 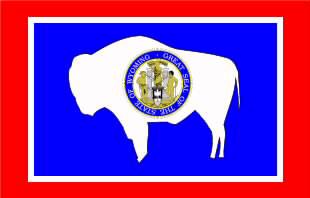 Search for data on Wyoming in Data-Planet Statistical Ready Reference using broad subject categories. Note that the searches retrieve top-level views of datasets: there are many more indicators and variables included in each dataset, and more granular geographies. Add additional keywords to retrieve more precise results.

This sample DataSheet from Data-Planet Statistical Ready Reference shows a map of Wyoming counties according to the total value of sales of animals and livestock and animal products (eg, honey, mohair, etc.) made by farm operations. 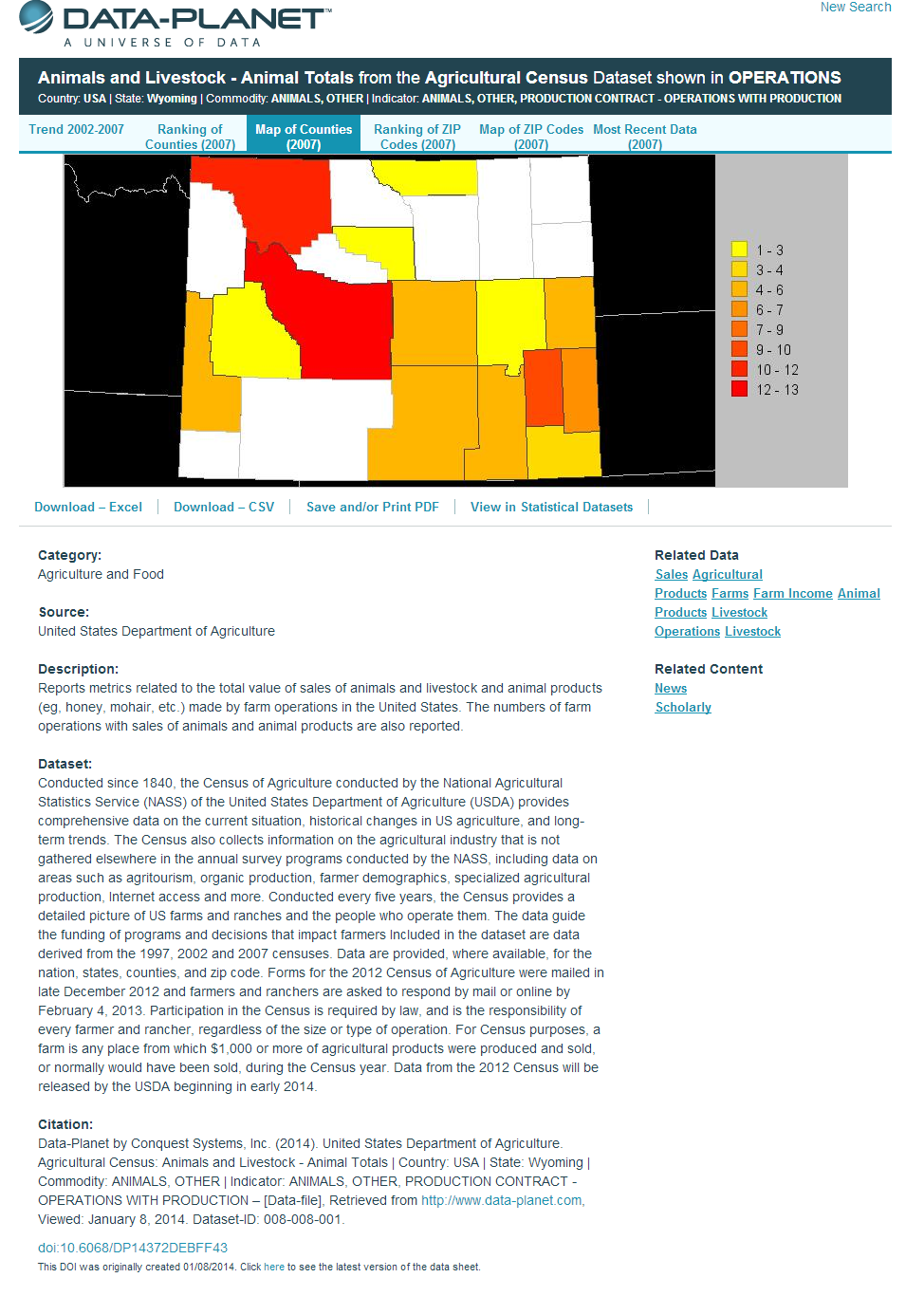